Colorado Health Foundation’s annual poll reveals a list of concerns including wildfires, jobs and racial bias in policing, among others.

Pulse: The Colorado Health Foundation Poll is being released in phases. If you missed the first two phases, you can still catch up. Findings on the cost of living and housing affordability are here. Results on health and well-being are here. Below, we dig into Coloradans’ views on a wide range of issues, including COVID-19, jobs and the economy, wildfires, as well as crime and policing.

While the increasing cost of living and the cost of housing topped the list of Coloradans’ concerns – followed closely by issues related to health and well-being – that’s not all that people are worried about. From COVID-19 and the economy to wildfires and policing, Coloradans are handling a long list of concerns as summer gets underway.

In 2020 and 2021, COVID-19 dominated Coloradans’ concerns as they acutely felt its health and economic impacts. This year, concern has decreased significantly with only one-quarter (24%) of Coloradans considering the spread of new COVID-19 variants to be an extremely or very serious problem. People of color and people living on low incomes, who have been hit especially hard by the pandemic, are more likely to say new variants are a problem at 33% and 30%, respectively.

At the same time, a majority of people in Colorado (53%) are confident that the state is well-prepared to minimize the health and economic impacts of a future pandemic like COVID-19. Confidence is higher among people over 65 (59%) and people with household incomes over $100k (59%). Confidence is lower among people who are financially insecure: of Coloradans who say their financial situation is worse off, 41% are confident in the state’s preparation for another pandemic. 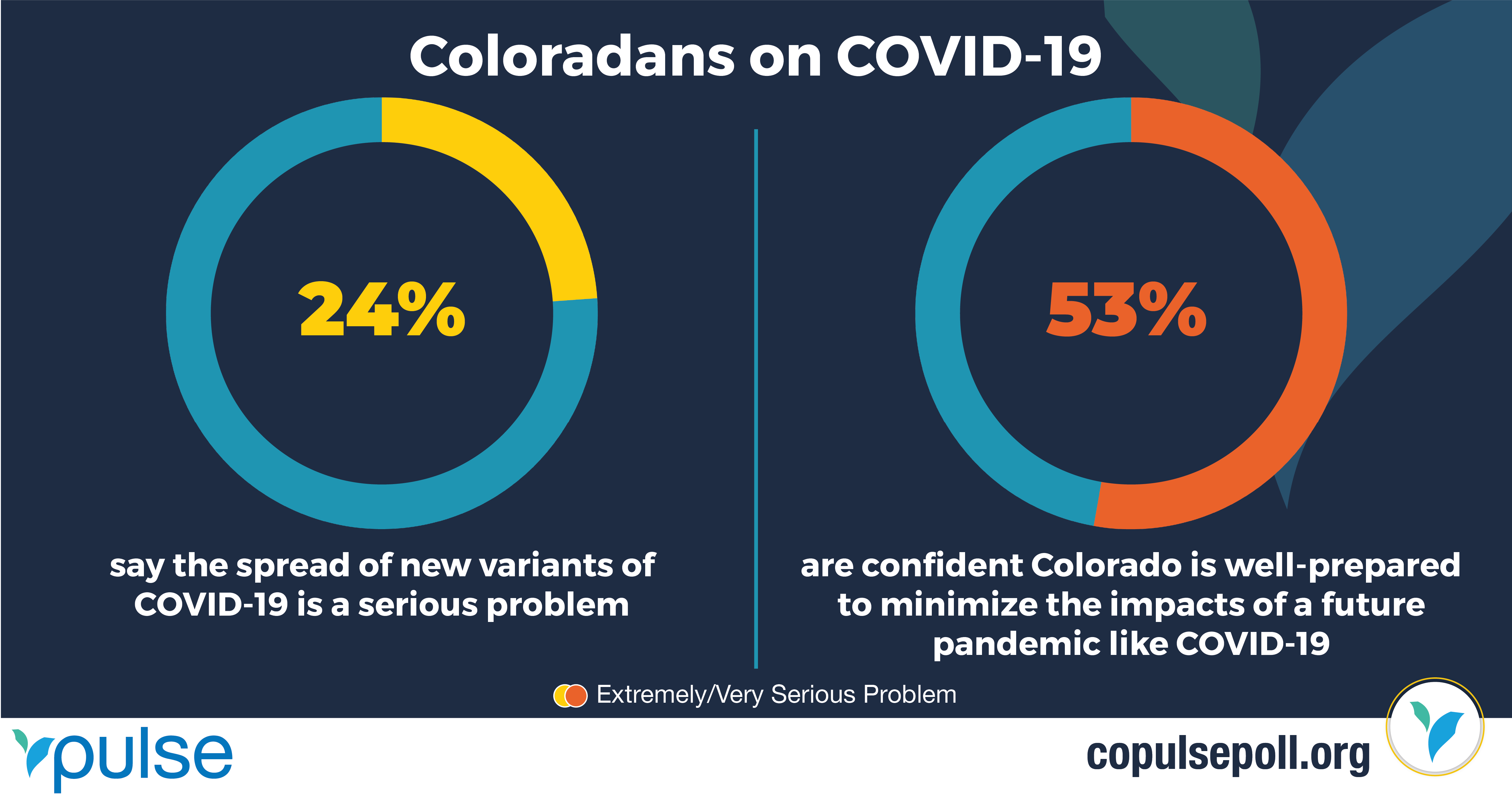 In August 2020, as the state cited high unemployment and struggling small businesses, 63% of Coloradans expressed concern about jobs and the economy. In April 2022, the number of Coloradans concerned fell to 49%, far below many of the highest-ranked issues. One-quarter (25%) of Coloradans say they’re worried that they might not be employed in the next year; of those respondents, two-thirds (66%) consider jobs and the economy to be an extremely or very serious problem in the state.

Some Coloradans are facing hardship in employment:

Meanwhile, many Coloradans are trying to improve their employment status as employers aim to respond to the Great Resignation: 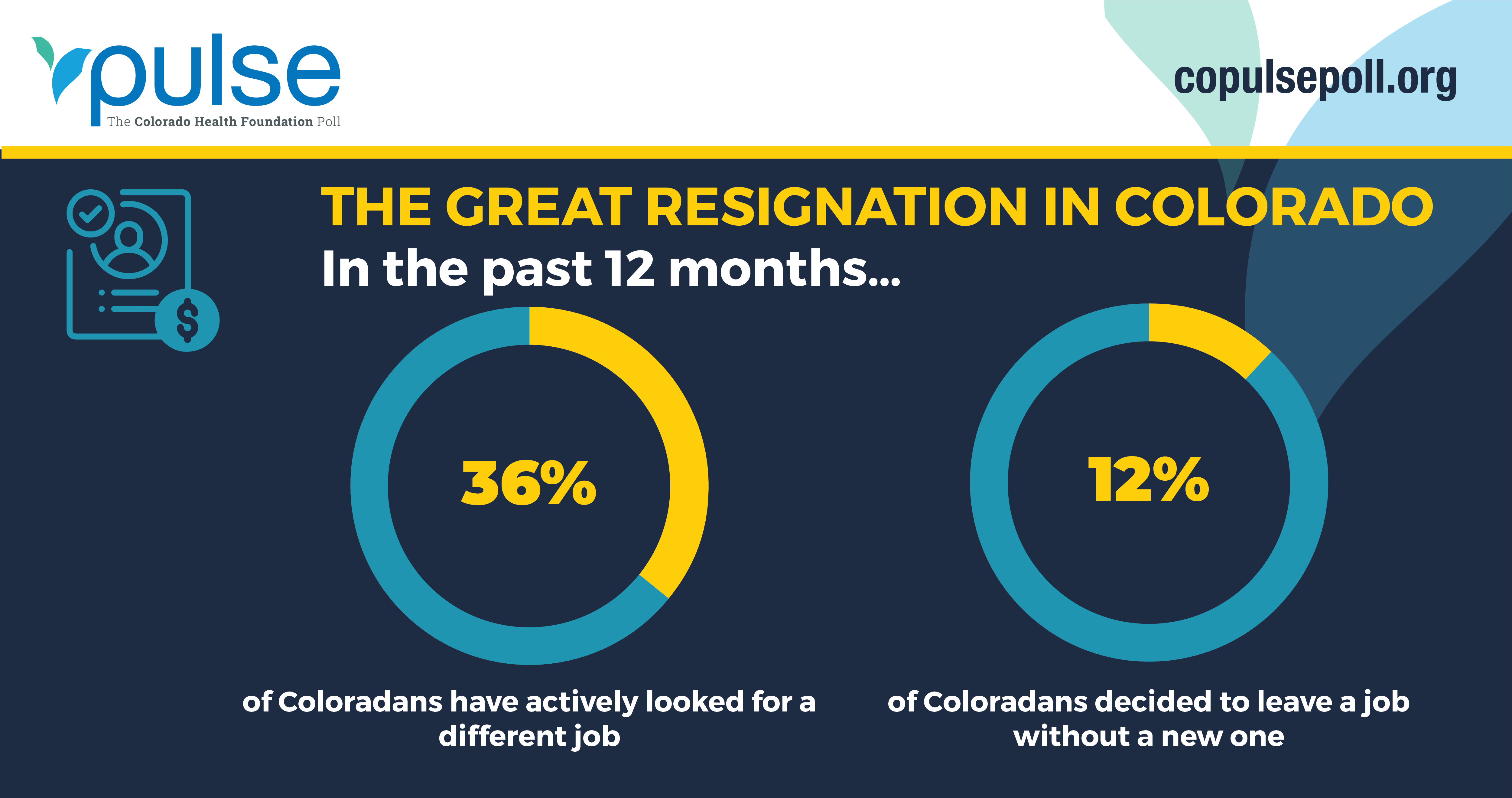 The personal impact of these concerns is felt differently for people at different levels of income. Nearly half (49%) of respondents with household incomes of more than $100k received a pay raise or promotion in the last year. Meanwhile, 30% of people living on low incomes, below $50k, have had work hours cut back or wages reduced.

More than four-in-10 (42%) Coloradans of color have actively looked for a different job in the last 12 months – but whether or not they find new employment isn’t the only concern for many. More than 30% of people of color in Colorado say they or someone they know have been treated unfairly because of their race or ethnicity while seeking employment. That includes 24% of Asian Americans and Pacific Islanders, 34% of Black Coloradans, 33% of Latinos, 51% of Native Americans and 40% of multiracial respondents.

Two-thirds of Coloradans say wildfires are a serious problem

For two years now, a majority (53%) of Coloradans have said that climate change is a serious problem in the state. It’s a top issue for people aged 18 to 29 years-old (63%) and people of color (60%), especially Asian Americans and Pacific Islanders (73%) and Native Americans (66%).

In 2022, for the first time, Pulse asked Coloradans about wildfires and other natural disasters. Their concerns are significant, ranking the issue between the state’s other top concerns of the rising cost of living/housing and health/well-being. Sixty-eight percent of respondents say that wildfires are an extremely or very serious problem in the state, and this belief is remarkably statewide: 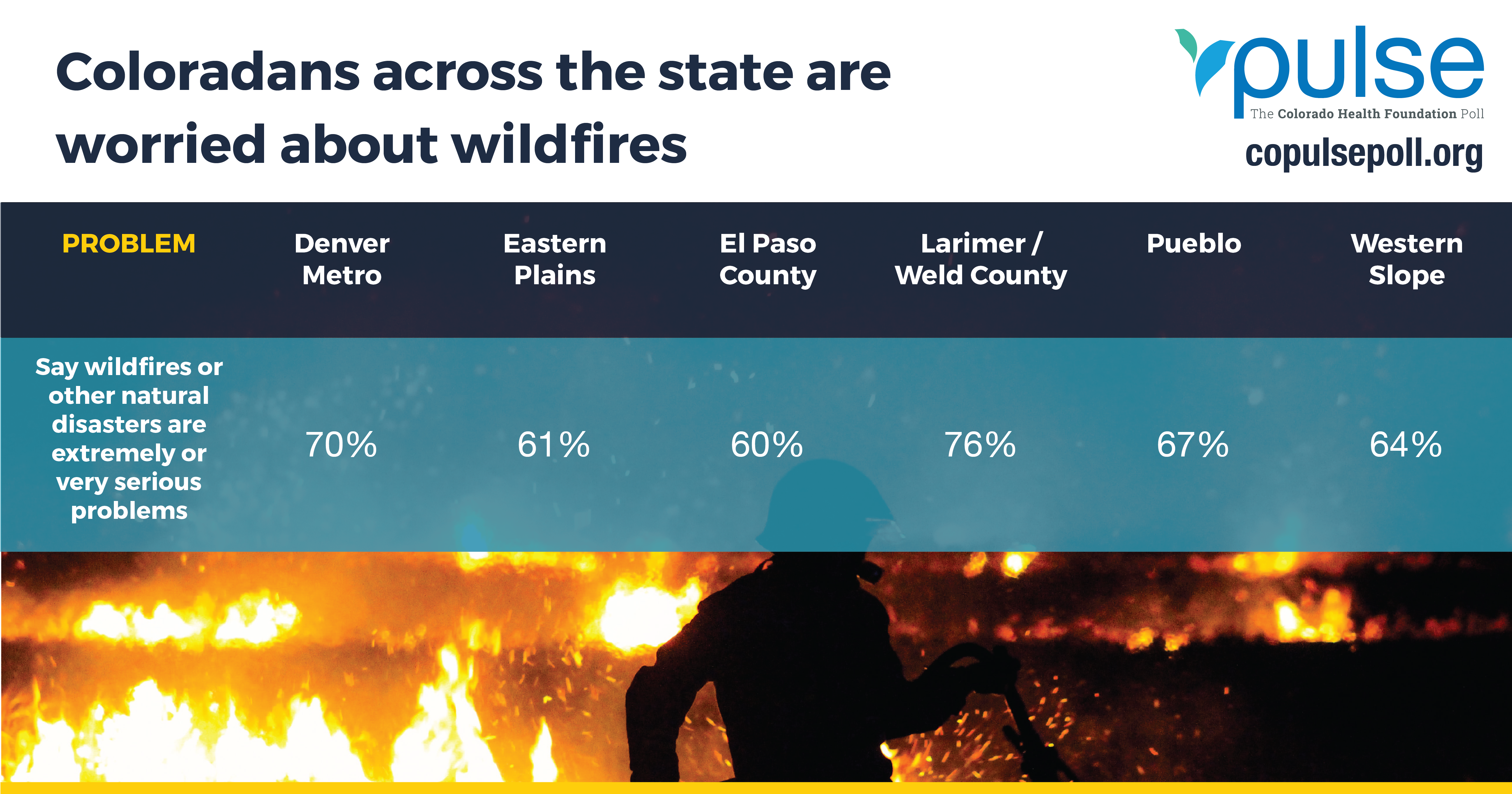 These problems do take on a partisan hue. While a majority of Democrats (82%) and Independents (57%) think climate change is a very serious problem, only 13% of Republicans share the belief. The difference is less pronounced – but still there – for wildfires and other natural disasters: 86% of Democrats and 71% of Independents consider it a very serious problem compared to 49% of Republicans.

Concern about crime is on the rise, but the solutions are complicated

Lately, there has been much talk about crime by policymakers in our state, but when asked about the most important issue facing Colorado, only 7% of Coloradans talked about crime or public safety – a sign that it isn’t a top-of-mind concern. That said, when asked about whether they thought crime was a problem, 57% of Pulse respondents considered it an extremely or very serious problem – up from 41% in 2021. While the belief that crime is a serious problem is held by majorities of Coloradans across race and income, older people (age 65 and above) were the most likely to say crime is an extremely or very serious problem at 75%.

As worries about crime have increased, many Coloradans are expressing concern about police violence and misconduct, complicating the question of how to address the issue of crime. Three-in-10 Coloradans say police violence and misconduct is an extremely or very serious problem. A majority of Black Coloradans (68%) and Native Americans (also 68%) consider police misconduct to be a serious problem – up from 2021, where 43% of Black Coloradans and 50% of Native Americans said it was an issue.

Concern about police violence and misconduct may be linked to lived experience. Almost three-in-10 Coloradans (29%) say that they or someone they know has experienced unfair treatment as a result of their race or ethnicity when interacting with law enforcement. These numbers increase dramatically for people of color (37%), especially Native Americans (62%), African Americans (48%) and Latinos (36%). Of those who have experienced unfair treatment by law enforcement, a majority – 59% – say that police violence and misconduct is an extremely or very serious problem. 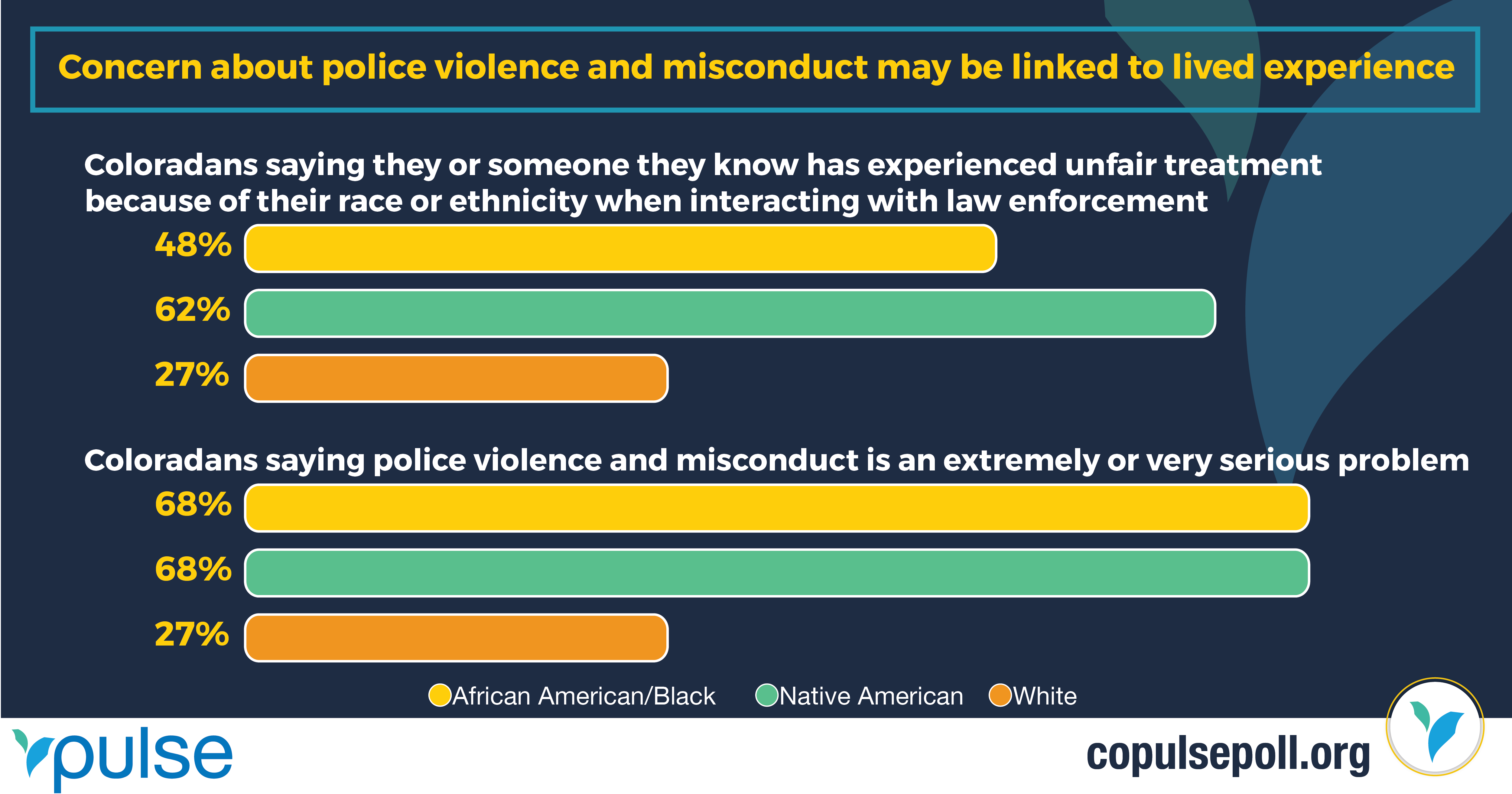 We’ve created an interactive data dashboard that puts the findings in your hands. Find the issue area you’re interested in – housing, mental health, racial justice – and the question you’d like to explore. Then use the dashboard to filter the results by race, income, region, political affiliation and more. Every question we asked is now available so you can dive in and find the data that’s useful for you. 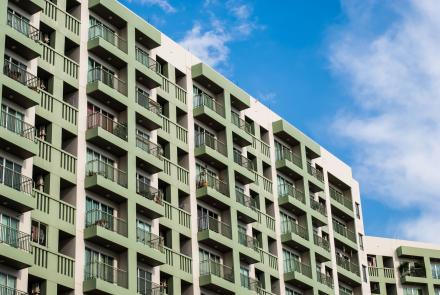 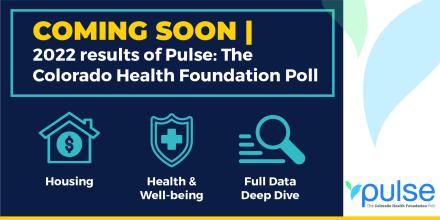